Local speed limits are set by the council in accordance with national guidance. 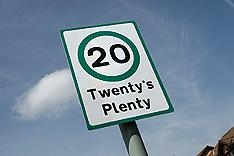 More information is available on our News pages:-

Rural roads will generally have a 60mph or 50mph speed limit.

Requests for new speed limits are dealt with by the Road Safety and Traffic Management Team within the Roads and Transportation Service based at Whitehill Service Centre, Bathgate. Requests should in the first instance be directed to the Customer Service Centre.