A calendar of local and international climate change events can be found here: Climate Events Calendar.

Save Money, Help the Planet

Want advice on how to reduce your carbon footprint, and your bills?

Come along to Save Money, Help the Planet where there will be a range of stall holders to provide advice on energy usage, reducing food waste, growing your own, finical support available and reuse/recycle. The Advice Shop will also be on hand to provide advice on their "Feeling the Pinch" fund, fuel grant and other cost of living help.

A heat wave warning has been issued for parts of the UK as temperatures are predicted to hit 30C (86F), higher than Los Angeles, Marbella and Santorini. A level 2 heat-health alert has been issued and people are asked to check on those vulnerable to extreme heat. Friday will see the start of a run of days that will see consistently high temperatures in south and east England. Heat waves are becoming more likely and more extreme because of human-induced climate change. Britain has been slowly getting warmer since the 19th Century. In the past three decades, the UK has become 0.9C warmer. The 10 hottest years since 1884 have all happened since 2002. And none of the coldest years has been recorded this century. In 2019, Cambridge saw the hottest temperature ever captured in the UK: 38.7C. 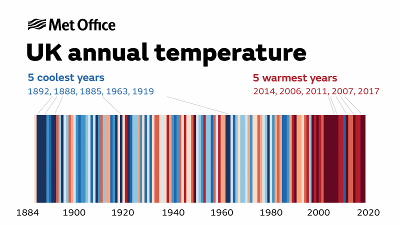 Hot weather can be dangerous particularly for the vulnerable, including elderly people, children and people with underlying health conditions. Spending too much time in high temperatures or in the sun, can cause health issues such as heat stroke and cardiovascular failure. In England, there were 2,500 excess deaths in the summer of 2020 as a result of hot weather, while heat-related deaths in the UK could treble in 30 years. 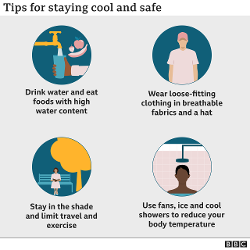 Funding is available for many types of community buildings, including:

The second part of the United Nations Intergovernmental Panel on Climate Change (IPCC) Sixth Report on the effects of climate change was published. It warns that current government targets will not be enough to keep warming at 1.5C. Instead greenhouse gas emissions are increasing and at the current trajectory will reach more than 3C - making large parts of the world too hot for human habitation. Much of the greenhouse gas emissions contributing to climate change are already in the atmosphere released by western countries during the industrial revolution. Since then 40% of emissions have come from Europe and North America and only 12% can be attributed to east Asia, including China. The wealthiest 10% of households contributed 45% of emissions. To halt climate change the world would have to reach net zero by 2050. The IPCC suggest the route to achieving this is widespread electrification.

Join millions of people around the world to switch off your lights in support of nature. Every year, at 8:30pm on the last Saturday of March, supporters in over 190 countries and territories unite, taking action for and raising awareness of nature loss and climate change. Earth Hour is organised by the World Wildlife Fund and their website has many creative ways you can get involved.

West Lothian Council has joined other local authorities in signing the Glasgow Food and Climate Declaration in a further commitment to reducing carbon emissions at a local level. The Glasgow Food and Climate Declaration brings together local and regional authorities from across the world to speak with a unified voice in committing to putting into practice integrated food policies to tackle the climate emergency. Launched at the UN COP26 climate negotiations in Glasgow, the call encourages national governments to take joined-up action on food and climate. The Glasgow declaration can be viewed at www.glasgowdeclaration.org.

31 October - 13 November Glasgow hosted the 26th UN Climate Change Conference of the Parties (COP26). The COP26 summit brought parties together to accelerate action towards the goals of the Paris Agreement and the UN Framework Convention on Climate Change. The Glasgow Climate Pact agreed the first climate deal to explicitly plan to reduce coal. $500bn pledged to emerging economies by 2025. However the commitments from COP26, if fulfilled, will only limit global warming to 2.4oC.

The council's latest Climate Change Strategy 2021-2028 [4.32MB] was published in October 2021. The Strategy provides direction in West Lothian Council's journey to net-zero. It contains 28 actions for the council across areas such as energy, transport, waste and biodiversity. Progress against the strategy's emissions targets will be reviewed annually as part of our annual Climate Change Report and updated every five years.

The first half of the United Nations Intergovernmental Panel on Climate Change Sixth Report on the effects of climate change was published. It warns that at our current rate of warming global temperature will reach 1.5oC by the middle of the 21st century. 1.5oC is a global tipping point after which warming will rapidly increase. The report stated that to avoid warming of 1.5oC world emissions would need to be cut by 50% in 2030 and 100% in 2045.