Broxburn Community Woodland is a 24 hectare West Lothian Council owned site based on the northern edge of Broxburn. This extensive young woodland is awash with meandering footpaths to explore, whilst it also rewards visitors with brilliant views over the surrounding landscape. 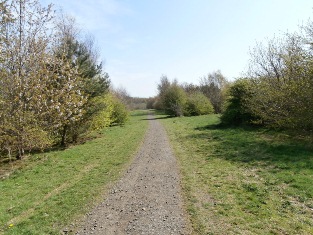 Broxburn Community Woodland has developed gradually over the years as it has been planted in several phases since 1999.

Accessible from a south entrance on Galloway Crescent, a woodland corridor with a central footpath links the main western and eastern areas of this rich woodland.

Several hours can be enjoyed traversing through this relatively flat and open site. A main surfaced footpath runs through the heart of the woodland,whilst almost 3 miles of unsurfaced footpaths criss-cross throughout the site bringing greater exploration opportunities.

At the woodland you will find part of the Kirkhill Pillar Project, an art project created by Artlink Edinburgh and the Lothians, featuring 11 planetary sculptures which are sited across West Lothian to form a scaled solar system model. A unique red sculpture representative of Mars is located at the site and it is designed to reflect the colour of the red planet and also the Broxburn oil shale bing located nearby.

Moreover, the woodland contains an ancient field system and a Scheduled Ancient Monument (SAM). However, perhaps the most spectacular aspects of this site are the views.

The aforementioned Broxburn Bing, which is the sole remaining bing in Broxburn, is central to West Lothian's industrial heritage and can be sighted to the east. Furthermore, Arthur's Seat and the Forth Bridges can be viewed in an easterly direction, whilst Uphall, Broxburn and the distant Pentland Hills are positioned to the south.

The habitat of this site comprises of mainly young woodland, of which most areas have a mixture of native broadleaved trees (such as Oak, Ash, Silver Birch, Alder and Rowan) with some Scots Pine. To the west of the site is open grassland and during spring, patches of Gorse bloom introduce brilliant yellow to the predominantly green landscape. An array of animal life populates this flourishing community woodland. Sparrowhawk often patrol the woodland, preying on smaller birds like Finch, Tit and Sparrow. During the summer months, smaller creatures such as Bumble Bee and Small Tortoiseshell Butterfly alight on grassland wild flowers. Roe deer roam in these woods and feed on the bramble which is plentiful here.

To access Broxburn Community Woodland by car travel along the main A899 road that runs through Broxburn and turn off at the Cardross Road near the Police Station. Travel straight up this road past Broxburn Academy and turn right onto Galloway Crescent. Along this road is a layby located outside an entrance to the woodland. There is no train station in Broxburn, the closest station is in Uphall Station, around two miles away. Bus services are provided regularly along Broxburn Main Street. 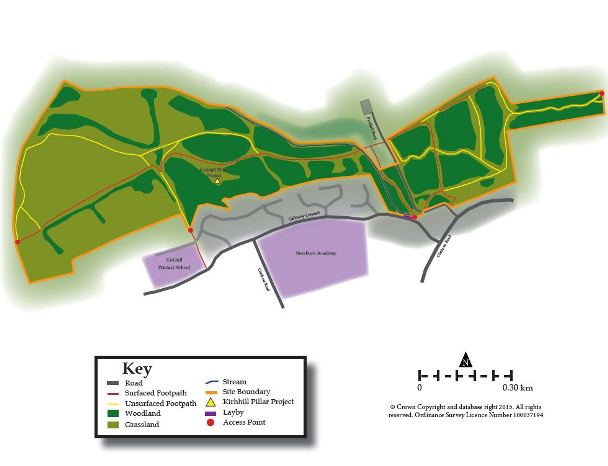