Oakbank Bing is located on the outskirts of Livingston and is owned by West Lothian Council. The area, once a hive of industrial activity, is now a beautiful landscaped environment which offers an attractive 2km circular walking route, a home for wildlife and stunning views. 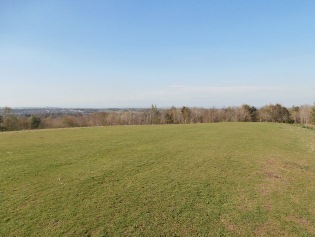 Oakbank Bing is one of numerous shale bings throughout West Lothian that provide a lasting reminder of the oil shale industry that occurred in the region from the late 19th to early 20th century. During this time, Oakbank oil works churned out oil shale in quantities reaching up to several million tonnes.

The old mining village located nearby, also called Oakbank, was purpose built to serve the industry. The opening of shale mines at Calderwood and Newfarm (today known as the Lanthorn in Dedridge, Livingston) sourced the shale for oil extraction. Over 3 million tonnes of the waste shale was produced, discarded and eventually piled upwards to form Oakbank Bing.

However, unlike other bings that have been erased from the environment, the site at Oakbank has been reclaimed and landscaped. These efforts, by West Lothian Council during the early 1990s, also linked the site with Almondell & Calderwood Country Park. Oakbank Bing appears today like a natural hill as its steep sides have been sloped and it has also been substantially reduced in height.

In addition, its terrain has been stabilised, top soiled and seeded with a range of trees, wildflowers and other plants. Oakbank Bing presents a number of recreational opportunities such as walking and having a picnic. At the summit, great views can be appreciated of the immediate West Lothian landscape and the Pentland Hills, whilst the path around the bing provides an impressive outlook down to Linhouse Water and over to Calderwood.

Many of the bings around West Lothian, including Oakbank, provide vital habitat for wildlife. During the reclamation, woodland (featuring species such as Beech, Scots Pine and Alder) was planted on the slopes of the bing. On the summit, the habitat is an established meadowland, with nitrogen fixing plants like Gorse, Lupins, Broom and Clovers. These pioneering species will enhance the soil quality in time and provide conditions for other species to flourish. In terms of animals, the bing is home to small mammals like Rabbit, Vole and Shrew, whilst birds like Sparrowhawk, Skylarks and Pipits occupy the skies. It is expected that in the future Oakbank Bing will colonise with further wildlife.

To access Oakbank Bing by car join the A71 road to Edinburgh at the Lizzie Bryce Roundabout in Livingston. Travel along this road for 3/4 mile until you reach the car park on the left. Livingston South train station is located a 30 minute walk from Oakbank Bing. There are no bus routes that run directly to Oakbank Bing, the closest bus stop is on the B8046 road in Mid Calder. Oakbank Bing can also be accessed by walking from the neighbouring Calderwood in the north. 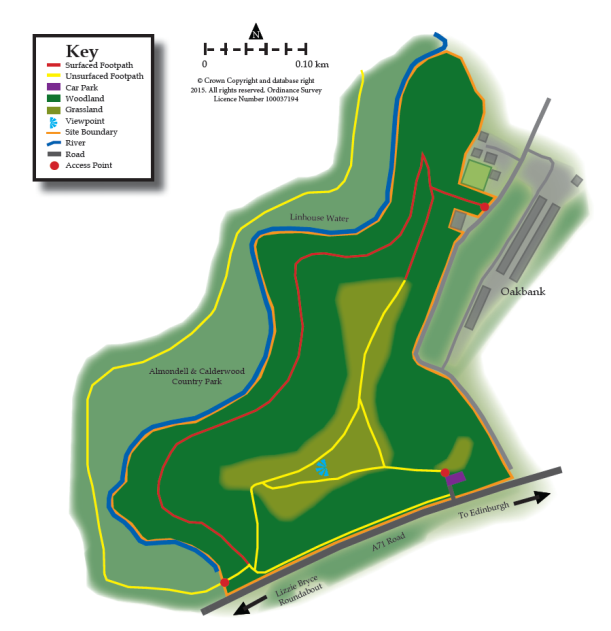