West Lothian Council is to apply for funding that, if successful, would result in a new primary school and nursery being built in Craigshill, Livingston. 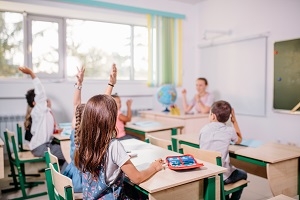 The new facility would replace both the existing Letham and Riverside Primary schools which are both in poor condition.

A report to the Council Executive today (Tuesday) set out a number of options that council officers have considered, including refurbishing both existing schools. However, due to the significant levels of work involved, in addition to the poor levels of outdoor space at both schools, poor accessibility, and the poor condition of the buildings, generally, it has been agreed that this option would not represent best value.

Instead, the Council Executive has approved outline plans for a single new school for both Riverside and Letham pupils with a capacity to accommodate over 460 pupils and a 64 place nursery, including eligible two year olds which is based on future school roll projections.

By creating a new school, the council estimate that they will save on revenue (running costs) costs of £786,000 per year. The council would then borrow their financial contribution for the initial capital project costs required, and use the annual savings to payback the borrowing. There would therefore be no net cost for the council.

It is expected that the Scottish Government will announce successful applications by early December. If West Lothian Council is successful with their application, the project would be completed by August 2026.

Pending approval of the council's submission to the Scottish Government, a further report will be brought back to the Council Executive with further details.

"Both Letham and Riverside have served their communities extremely well but both facilities are in need of significant repairs. Even with large scale investment, the schools would still not provide the same level of facilities that a new purpose built school would.  There would also be a huge amount of disruption to both schools during the refurbishment projects, and the costs would be significant.

"For that reason it is our recommendation that we progress with our funding application that would see a new state-of-the-art primary and nursery school built in Craigshill.

"With reduced levels of core capital funding available within the council, a key consideration was to deliver a project that provided significant revenue cost savings each year which will enable the council to borrow our contribution. This business case provides an innovate way to both fund the project and deliver a new facility for our young people."