West Lothian is a modern, high performance knowledge-based economy, with world-wide links, creating jobs and a rising quality of life for those living and working in the region. This is the vision shared by local economic development agencies, which is well grounded in past success.

West Lothian's key economic strengths are located in seven key sectors outlined below. Around 70% of West Lothian's young dynamic workforce is employed in these fast growing sectors and that percentage looks set to grow as more and more companies relocate to West Lothian. We have strengths in a number of diverse sectors. 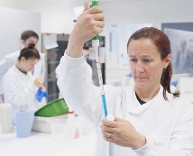 R&D expertise is close at hand, as is the availability of a skilled workforce, thanks to West Lothian's proximity to nine universities. Add to this affordable business premises and excellent transport links and you have a winning formula for science-based businesses looking to grow from a Scottish base.

Given this background it is hardly surprising that the area has developed into a uniquely successful location for biotechnology and the life sciences, with over 45 biotechnology, life science and support companies who generate turnover in excess of £100m. The sector includes a diverse range of businesses, with multinationals as well as much smaller firms employing over 2,500 people. Major companies include Johnson & Johnson Medical, Catalent, Quintiles and Valneva. 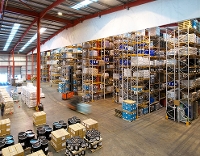 Some 200 distribution companies have recognised the benefits of West Lothian's strategic location in Scotland that makes it ideal for logistics operations. At present, approximately 5,000 people are employed, accounting for around 12% of total employment in the local economy.  Specialist warehouse and freight operations are linked to food, drink, electronics and other manufacturing operations.  Key distribution hubs for major retail chains include Aldi at J4M8 near Bathgate, Morrisons at Pyramids Business Park, and Tesco and Lidl's Scottish distribution centres are also both located in Livingston.

The M8 and M9 motorways both bisect West Lothian providing easy access across Central Scotland while the M74 motorway that gives access to the South is within ten minute drive along the M8. Eurocentral rail freight hub is just 21 miles from Livingston, providing direct linkage from Scotland via the Channel Tunnel to mainland Europe. West Lothian is also within easy reach of freight services from the following ports: Grangemouth, Leith, Fife and Rosyth.

Food and drink companies setting up within the West Lothian Enterprise Area will benefit from:

West Lothian's main town, Livingston, expanded rapidly thanks to the establishment of a number of major players in the electronics and software sectors, and the area became known as Scotland's Silicon Glen.

Electronics and software companies in West Lothian range from multinational manufacturing giants to small high growth start-ups spun out from local universities. Around 90 firms employ 3,000 people within the region, including world leading companies such as Oracle, Shin-Etsu Handotai and Jabil Circuit as well as diverse indigenous electronics and opto-electronics sector, software development and IT services.

Overall, the sector employs 10,300 employees based in West Lothian, many in the regional shopping centre at The Centre in Livingston, the 3rd largest in Scotland, and the nearby Livingston Designer Outlet.

With key strengths in precision engineering and the offshore industry, West Lothian has some 110 engineering firms employing 1,800 people.

Firms such as Livingston Precision Engineering, Deans Engineering, FoundOcean and Wyman Gordon provide a variety of specialist engineering services across Scotland, the UK and beyond. 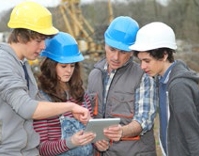 630 companies with 5,300 employees are based in West Lothian. Despite a slowdown in the national house building and construction industries, activity has remained high within West Lothian and employment is still extremely significant to the local economy. The Council, in partnership with local house builders, have worked to re-energise the house building sector, resulting in the number of house completions significantly increasing since 2011.

Core Development Areas within West Lothian have seen significant house build - Winchburgh is one of the largest mixed-use developments in the country, with over 3,400 houses planned to be delivered. The Heartlands will significantly increase the size of Whitburn, comprising 2,000 new houses and 100 acres of employment land.